Every ALDI store in Australia is now linked to one or more local food rescue partners. In 2017 alone, ALDI donated 3500 tonnes of quality surplus food to our food rescue partners, including Foodbank, OzHarvest and Second Bite. That’s the equivalent of 4.25 million meals.

Every ALDI store in Australia is now linked to one or more local food rescue partners. In 2017 alone, ALDI donated 3500 tonnes of quality surplus food to our food rescue partners, including Foodbank, OzHarvest and Second Bite. That’s the equivalent of 4.25 million meals.

The sun is only just starting to rise over Western Sydney but ALDI St Marys Store Manager, Chris Reid, and his team are already busily preparing their store for the day ahead.

As Chris makes his way up and down the aisles, he casts a discerning eye over the groceries on display, doing a precise visual quality check. He removes loaves of multigrain bread and rolls that are due to come off the shelves in place of freshly delivered product. Walking through the first aisle, Chris notices items such as a tin of salmon with a torn label and a dented box of muesli bars, and removes them from the shelves as well.

“A typical food donation might consist of fresh produce, meat, grocery items and dairy products. Anything that doesn’t look perfect or that has damaged packaging will be donated.”

“It feels good to give back. My team and I feel a sense of pride knowing that we’re donating to people in need.”

If you were to peek inside any ALDI store outside of opening hours you would find similar scenes happening around the country each day.

As Australia’s largest food relief organisation, Foodbank collects foods from willing companies like ALDI, then distributes this food from its warehouses in NSW, Queensland and Victoria to a network of more than 2500 charities. ALDI also works with OzHarvest in Sydney, Canberra and Wollongong, and Victorian based charity Second Bite. We’re proud to work in partnership with all three organisations to rescue quality surplus food and ensure it’s given to everyday Aussies facing food insecurity.

“ALDI recognises its responsibility to the communities in which it operates and food rescue is just one of the many programs ALDI has that helps provide to those in need,” explains ALDI Australia’s Corporate Responsibility Director, Daniel Baker.

While we ensure that the products displayed on our shelves are always of the highest quality, it’s a reality that unpurchased product will eventually reach the end of its saleable life.

“There’s no point throwing that in the bin or sending it to landfill. It’s still good quality product that can be provided to families and individuals right around Australia who are suffering from food insecurity,” says Daniel.

“You may not realise it, but here in Australia we have a massive hunger problem,” confirms Foodbank CEO Brianna Casey.

“More than 3.6 million Australians are food insecure at one point throughout the year. As a mum, of huge concern to me is the fact that one in five Australian kids go hungry at least once a year.”

“Over the last nine years of our partnership with ALDI, we’ve seen an enormous number of meals donated. Those hungry Australians are everyday people like you and I. They’re just as likely to be living on your street as they are to be living on the street.” 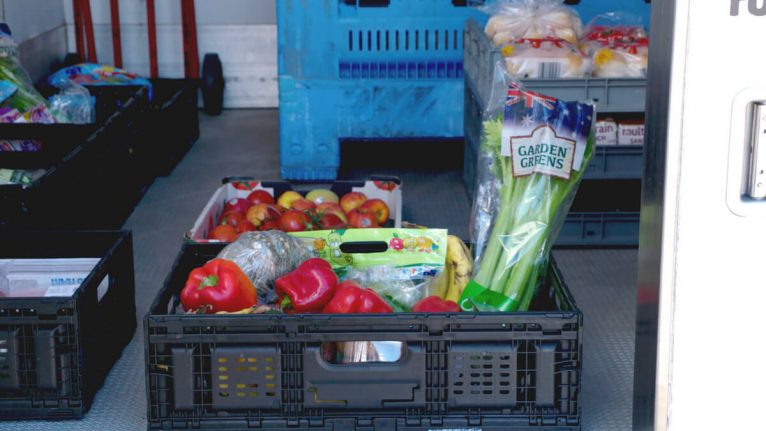