The report found that in 2018 ALDI Australia contributed more than $874 million to the Victorian economy.

ALDI’s first Victorian stores opened in Heidelberg West and Chirnside Park in 2003. By the end of 2018, ALDI operated 150 stores and two distribution centres in Victoria, providing 3,275 direct jobs to the state economy. This equals a state employment contribution of $266 million in 2018.

“We are proud to have opened 150 stores across Victoria over the past sixteen years. From day one we have focused on making a positive impact on the local economy and the community of Victoria. From as far as ALDI Lakes Entrance to Wangaratta and Portland, we have provided thousands of Victorians access to incredibly high-quality, locally produced products at the lowest prices,” said Andrew Starr, ALDI Managing Director of Victoria.

“It is just as rewarding to recognise the career opportunities we have brought to the community.  Our strong supplier partnerships and the employees who have joined us along this journey have allowed us to continue our mission to make a good difference,” Andrew Starr added.

In Victoria, ALDI established a partnership with Hinkler Books 16 years ago. The two businesses came together to build a mutually beneficial relationship to make books, arts and craft and musical instruments accessible for Australian parents and children.

ALDI sales of Hinkler books has increased from $44,000 in 2002 to over $3.5 million in 2018 as a result of selling over 1 million books as Special Buys in that year alone. The partnership has also introduced Hinkler Books to new ALDI markets such as ALDI US and UK.

“What ALDI has done for our business is given us an opportunity to really understand their customer and create products for them, and that’s been incredibly rewarding. We wouldn’t have been able to sell 1 million books if not for ALDI,” said Nadika Garber, Managing Director, Hinkler Books.

“It’s a very special relationship in that ALDI shares a lot of information with us because they are just as keen to have us succeed as much as themselves. ALDI has given us scale, and that has allowed us to do things we otherwise wouldn’t have been able to.” 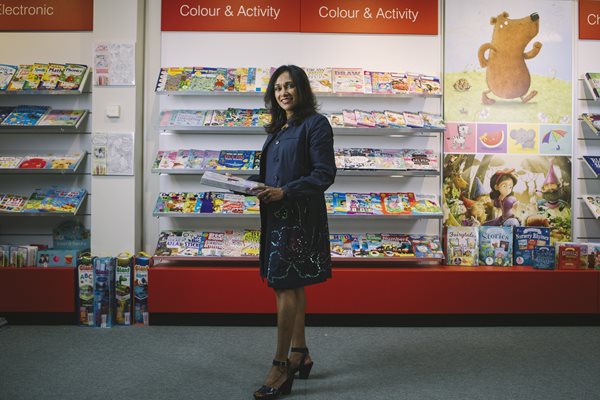 In 2019, ALDI will continue to improve its operations by refurbishing 32 Victorian stores to its new format look. This year will also see ALDI’s product range continue to grow, bringing with it more opportunities to partner with local businesses and offer our customers an increased range of Australian made products.

Next
END_OF_DOCUMENT_TOKEN_TO_BE_REPLACED
ALDI News Specials|2 May 2019

Next
END_OF_DOCUMENT_TOKEN_TO_BE_REPLACED
ALDI News Specials|2 May 2019