In 2018, ALDI Australia contributed more than $168 million to the South Australian economy.

The report found that in 2018 ALDI Australia contributed more than $168 million to the South Australian economy.

“We have grown since 2016 and have introduced thousands of local customers to the benefits of shopping at ALDI – incredible quality products at low prices. We are proud to be a driver of greater competition, as we have expanded across the state our presence has contributed to price deflation. This success, along with the strong partnerships we have forged with our local suppliers, employees and customers will ensure we can continue our mission to make a good difference,” Jakupec added.

In South Australia, family run businesses such as Spring Gully Foods have benefited from ALDI’s commitment to supporting its local suppliers. Established in 1946 in Adelaide foothills, Spring Gully Foods is a fourth-generation family business that has worked with ALDI since ALDI launched its very first store in Australia. Originally providing ALDI honey, Spring Gully Foods now supplies a range of branded products including Sweet Spiced Gherkins and Pickled Onions.

“My step-grandfather and founder of Spring Gully Foods, Edward McKee, created home-grown pickled onions with a unique spice mix. He developed this recipe back in 1946 and from there expanded his product offering. We still use this recipe in the majority of our Spring Gully branded products. In fact, only a few select people know what’s in it,” said Kevin Webb, Managing Director at Spring Gully Foods.

“ALDI was a big part of our growth in the last decade, without the partnership Spring Gully would have had to take a different path, with the relationship we have with the ALDI buyers it made our path easier. Our two companies’ values are very well aligned.” 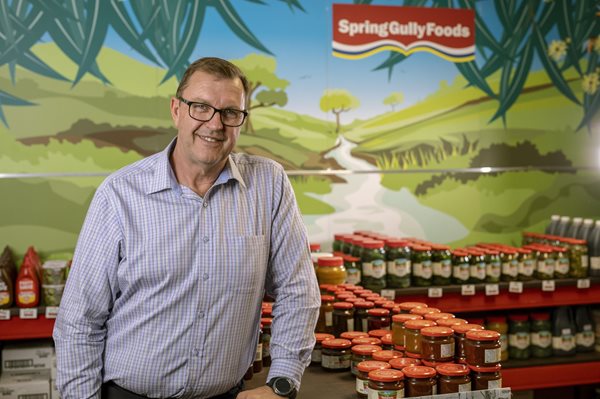 With three more ALDI stores slated to open in South Australia in 2019, including the highly anticipated Blackwood and Newton stores, more locals will come to enjoy shopping at ALDI. In 2020, ALDI will open a further six stores, bringing its South Australian tally to 39.

This year will also see ALDI’s product range continue to grow, bringing with it more opportunities to partner with local businesses and offer its customers an increased range of Australian made products.

Next
END_OF_DOCUMENT_TOKEN_TO_BE_REPLACED
ALDI News Specials|2 May 2019

Next
END_OF_DOCUMENT_TOKEN_TO_BE_REPLACED
ALDI News Specials|2 May 2019