ALDI’s first Queensland stores opened in Chermside and Salisbury in 2004. By the end of 2018, ALDI operated 112 stores and two distribution centres in Queensland, providing 2,459 direct jobs to the state economy. This equates to a state employment contribution of $188 million for last year.

“Our journey in Queensland began more than fifteen years ago with just two stores and today we are proud to have contributed more than $438 million to the Queensland economy,” said Joanne Brown, Managing Director of Queensland for ALDI Australia.

“Since day one we have always worked responsibly, ethically and collaborative with our local suppliers and employees to create a positive impact on the local economy and community. In forging these unique, strong and long-term partnerships we have been able to provide thousands of career opportunities to local communities. Together our stores, suppliers and employees enable us to carry out our mission to bring high-quality, locally produced products at the lowest prices, to communities around the state,” Joanne added.

Golden Cockerel’s partnership with ALDI has enabled the company to experience continued growth, originally supplying around 40 tonnes of chicken, today they supply 100 tonnes every week to ALDI stores. Due in part to the partnership, the business has been able to invest $40 million to upgrade their plant facilities, with this new plant considered to be the most innovative in the country.

“We’re a family business, the ethos of the company is to provide safe nutritious chicken that is of the very best quality. Four years ago we were approached by ALDI, we took up the opportunity to supply them and the business has grown over those four years dramatically,” said Alan Wilson, CEO of Golden Cockerel.

“Our businesses hold the same values of simplicity and efficiency – we get on with the job and do it right. Chicken has the lowest carbon footprint of any of the meat proteins and here at Golden Cockeral we are very determined to make it a sustainable business that doesn’t put much pressure on the environment.” 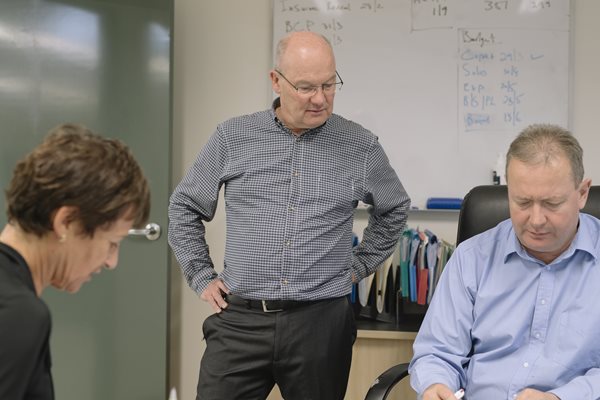 In 2019, ALDI will continue to improve its operations by refurbishing 20 Queensland stores to its new format look. This year will also see ALDI’s product range continue to grow, bringing with it more opportunities to partner with local businesses and offering customers an increased range of Australian made products.

Next
END_OF_DOCUMENT_TOKEN_TO_BE_REPLACED
ALDI News Specials|2 May 2019

Next
END_OF_DOCUMENT_TOKEN_TO_BE_REPLACED
ALDI News Specials|2 May 2019